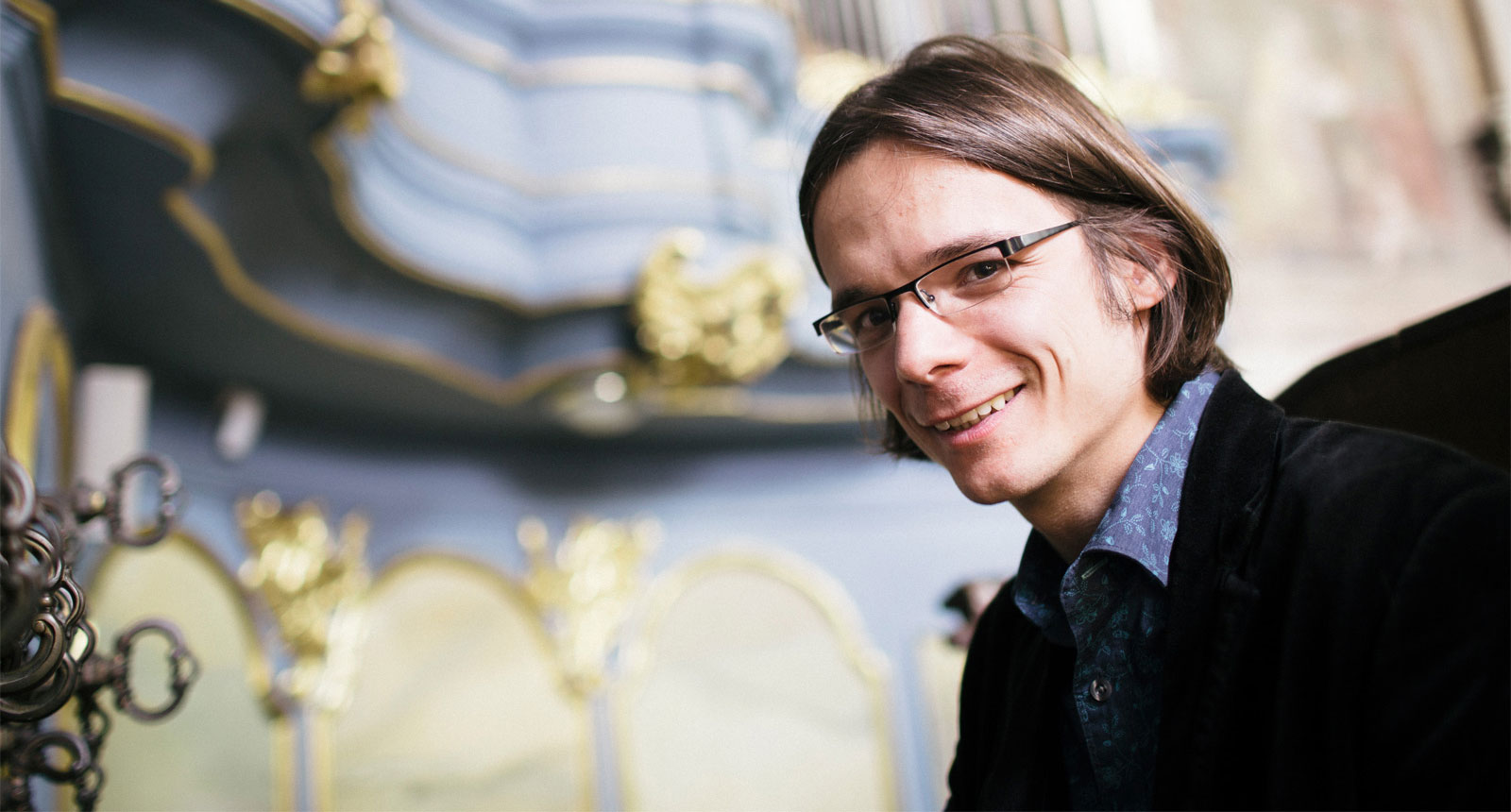 You would take the whole art of playing on the zither as a trifle, my dear Kwintylian, if you could only rise from your grave and listen to Bach...(J. M. Gesner, 1738)

Filip Presseisen – polish organist and improviser. He was born in 1985 in Szczecin. In 2010 he graduated from the organ class conducted by prof. Andrzej Chorosiński on the Fryderyk Chopin University of Music in Warsaw. In 2013, as a part of BAYHOST scholarship, he graduated with honours from the organ class conducted by prof. dr h. c. Christoph Bossert in Hochschule für Musik in Würzburg. During the studies he took a part in Erasmus Exchange Program during which he studied under the supervision of prof. Franz Danksagmuller in Hochschule für Musik in Lubeck.
He participated in numerous masterclasses conducted by professors such as Wolfgang Zerer, Michael Radulescu, Peter van Dijk, Harald Vogel, Martin Sander, Rudolf Mayer, László Fassang oraz Andrés Cea Galán. Besides that, Filip also took a part in the organ improvisation classes conducted by prof. Wolfgan Seifen and prof. Dirk Börner.
After the graduation on the University in Warsaw he started his organ apprenticeship in the worshop of Kristian Wegscheider in Dresden (Wegscheider Orgelbau Dresden/Germany), and in the worshop of Torkildsen brothers in Norway (Torkildsen Orgelbyggeri Åsen).
Filip is a member of Baltisches Orgel Centrum, Archidiocesian Church Music Comission in Cracow, Polish Bach Society and International Bach-Societät group.
He performs in Poland and abroad (Germany, Italy, Switzerland, Czech Republic, Hungary, Norway, Lithuania). Additionally, he improvises by playing organ music to silent movies and he co-operates with a band Flores Rosarum.
In 2015 he won 1st place in the International Improvisation Competition "Internationaler Kinoorgel-Wettbewerb im Babylon" in Berlin, in 2016 he received a special award Antalffy-Preis in the International Organ Competion ION in Nuremberg for the best interpretation of organ musical pieces played on historical organs.